Warning: mysqli_query(): MySQL server has gone away in /homepages/2/d710872417/htdocs/clickandbuilds/GlobalSDGAwards/wp-includes/wp-db.php on line 2008

Safe drinking water and sanitation are basic human rights. Access to fresh water is essential to achieving many dimensions of sustainable development, including food security, health, and poverty reduction, and is integral to social and economic prosperity.

Population growth, agricultural mismanagement, urbanization and industrialization are causing environmental crises that impact the ability of hundreds of millions of people around the world to access clean and fresh water. Integrated water resource management systems at community, national and transnational levels is key to achieving sustainable development, and yet in 2017-2018, countries reported an average implementation of integrated water resource management of just 48 per cent. Mainstreaming water and sanitation into policies in all sectors is essential if we are to meet the demands of the present – and of the future.

Achieving universal access to basic sanitation and ending the unsafe practice of open defecation will require substantial acceleration of progress in rural areas of Central and Southern Asia, Eastern and South-Eastern Asia and sub-Saharan Africa. While the rates of open defecation have gone down overall, some regions have actually seen an increase since 2000.

Water Stability in Areas of Conflict

Failing to achieve Goal 6 does not affect only developing countries. Untreated wastewater from households degrades overall water quality, can contaminate drinking water sources, pose a risk to public health and limit the safe and productive reuse of water. Data from mostly high- and high-middle-income countries (excluding much of Africa and Asia) show that less than 50 per cent of all household wastewater flows are safely treated, producing huge health risks.

More than a quarter of the world’s population live in countries with excess water stress, defined as the ratio of total freshwater withdrawn to total renewable freshwater resources above a threshold of 25 per cent. Northern Africa and Western Asia experience extremely high water stress levels above 60 per cent, which implies a strong probability of future water scarcity. In 2012, 65 per cent of the 130 countries that responded to a survey on integrated water resources management reported that management plans were in place at the national level, however the effectiveness of these plans varied widely.

Official Development Assistance (ODA) for the water sector has been rising steadily, but has remained relatively constant as a proportion of total ODA disbursements, at approximately 5 per cent since 2005. In 2015, ODA disbursements in the water sector totaled about $8.6 billion, which represents an increase of 67 per cent in real terms since 2005. In order to achieve the 2030 targets, more investment into clean water and sanitation is needed.

Why do some people have access to clean water while others don’t? Why are millions of people still lacking access to a toilet and clean washing facilities? Is this problem only in developing countries, or does it also persist in the developed world? Water and Sanitation Expert Leanne Burney from UN DESA answers all these questions on Goal #6.

Over 2.4 million children in Somalia desperately need clean drinking water. Their lives depend on it.  And yet, in drought-stricken areas, children sometimes need to walk up to 50kms in order to find any water, and frequently it is full of dangerous bacteria that can cause illness and death.

Information and communication technologies accelerate progress towards each SDG.  Smart water technologies and humidity and soil moisture sensors can help farmers in water-sensitive areas to manage their crops better and end the wastage of precious water supplies.

Competing demands for clean, fresh water, exacerbated by the effects of the climate  crisis will put even more pressure on water quality and access, and will create increasing risk for the private sector, governments, communities and the environment.

Business can adopt water stewardship strategies that address the many dimensions of water and water management, addressing the economic, environmental and social impacts of water management. By committing to new policies and adopting new values that aim to enable the long-term availability of clean water for all, the private sector can become governance leaders while addressing the risks and contributing to sustainable development. make a positive contribution to improved water and sanitation management and governance that addresses their risks while contributing to sustainable development.

What progress has your organization made towards achieving SDG #6? Please select and provide one (or more) supporting metrics to help evaluate your social and environmental impacts (see below for a list of possible options to select from). 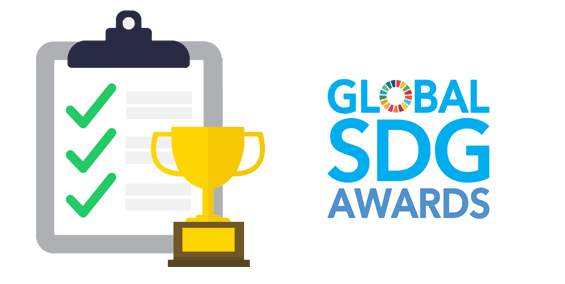